Venus Star Point (VSP):
How We Express our Personal Passions

This is dedicated to the 50th anniversary of Dr.
MLK ?I have a dream? speech.

As the first US resident to receive certification in the
Venus Star Point (VSP), I have been taken to looking at any astrological (aka
time-space) event through this incredible lens.
How could an alignment of the Sun (spirit), Venus (love/heart) and Earth
have so much potency?  As any pagan worth
her salt will tell you ?as above, so below? and how about that old saw of ?let
your will take place on earth as it is in the heavens??  There was some reinventing of the spiritual
wheel through the consciousness of Christ, but he had to speak to those people
in their language talk about giving new meaning to the concept of ‘old school’).  Two thousand years ago, no doubt the pagan
law of correspondence was as familiar as what the pentagram meant and its
connection to Venus.  Arielle Guttman
points out in Mythic Astrology Applied, ?Venus became, in many ways, the last Pagan survivor?.

This Venus Star Point has five points at all times.  This pentagram inspires our passions, our
talents and gifts to give to a population in dire need of them.  Instead of asking like Taurus Janet Jackson
(Aquarius Morning Star), ?what have you done for me lately?? when do we know
what we have to offer, to give to others?
What are your innate talents?
I’ve found that the Venus Star Point (VSP) has so much energy that if it
goes unused or underutilized, your life goes off path.  You get thrown back into a period drama of
your own soul?s making much like an underfed priest who suffers visions as much
to do with an empty stomach as an unfulfilled soul.  Passion has its etymological roots in
suffering.   That is one reason I call
the Venus Star Point, your Passion Point (PP).
Like I use the concept of soul and higher self interchangeably, passion
roots itself through this captivating astronomical alignment.  Your ability to locate and live from a place of true eroticism is found through your VSP.

President Obama has his VSP at the 21st degree of
Aries in his third house and Dr. Martin Luther King, Jr. had his in Cancer in
his third house located at the tenth degree.
While our president has a double yang of externally driven passion
(Morning Star announcing the arrival of the Sun), our peace loving Dr. King
clang our spiritual bells through possessing a massive otherworldly talent
through an Evening Star Venus in hearth-driven sign of Cancer.  I call Venus in this phase a ?happy hour?
Venus.  But, that?s making light of her
observing and communal nature.  In her
Evening Star face, she symbolizes the loving side, the sunset part of her that
asks those in her sphere, ?how was your day?? (And She means it).  With an Venus Evening Star resonating through
family oriented Cancer, Dr. King was able to say through his captivating use of
third house syntax and oration that he desired (passion point/VSP) his four
children to be judged by the ?content of their character, not the color of
their skin?.

Pisces Moon rules Dr. King?s Cancer PP (that?s funny if you
think about it?I may add the world Personal to get an extra ?P?, so you won?t
think I?m trying to talk you as a child who has to use the toilet).  His Moon is elevated in the compassionate
sign of Pisces in the eleventh house of making the world a better place through
a personal and radical use of one?s idealism.  The eleventh house is forward thinking,
collaborative, willing to work with a diverse group of individuals who feel if
they have a mission to change society for the better.

I tell most of my Pisces Moon clients that they must ?have a
dream? like Dr. King.  No one remembers
the promissory note, check written to America?s citizens of color having been
returned for ?insufficient funds? (mostly due to his Capricorn Sun, who would
know a bit about the law of economic necessity and Cancer?s VSP awareness of a
family?s survival).  But, it was the
Pisces energy that moved the crowds, even 50 years later.  Pisces, as a symbol our collective emotional
consciousness, moved these people all races, backgrounds and orientations
(remember America?s shadow of class/income inequality, after all it was a March
on Washington for ?jobs and freedom?).
It was less than a season earlier that his gave a trial run of this
speech in Detroit, Michigan (my parents attended).  Dr. King?s Cancer VSP was born with the first
one to have Aries as a hand to feed (more on that at another time).  The Venus transit of Aries begun a little
more than three months after Dr. King was born on April 20, 1929.  Suffice it to say, gone were the times that
Taurus fiscal security and rigid class values, now it was time that old system
would bow to youthful vigor and ingenuity of Aries, fed by the Dr. King?s
Cancer VSP.  In an unexpected twist of
pioneering spirit (something Aries and Aries VSP?s have in spades), Dr. King
has the distinct honor of having the only memorial on the mall in DC not dedicated to a US President,
and a Federal Holiday to boot.

This integration of historical and astrological references brings
us to President Obama.  He has an Aries
VSP in his third house of oration, rap and writing.  Like, Dr. King, he is an exceptional
speaker.  As someone who has a Leo Sun,
his Aries Passion Point/VSP fuels his ability to manage our country through
what some have called a ?psychic? or ?cold? civil war.  If it will heat up literally, maybe the
Middle East will let us know.  However,
this 50th anniversary occurs under an Aries Evening Star VSP, so we
as a collective can be quite abstract about the meaning of war, almost
considering the deaths of what it means to all of us before it continues any
further.  I remember (fondly now, not so
much then) how Mrs. Clinton said in 2007 that BHO only ?gave a speech in 2004?
as his only accomplishment.  Talk about
the power of Gaia, Eros and Venus conspiring to keep our incarnations full of
joy and vigor.  Yes, Hillary a speech can
do that when you have a double yang (masculine) influence supplied by the
warrior side of Venus through a biracial male with an open heart.  Our country is badly in need of healing
(still).

So, as one of favorite singers wrote let?s ?Cherish the Day?.  Yes, Sade who possess a Scorpio Evening Star.  In August, 1963 the VSP was Scorpio Morning
Star, the cold war between the US and Russia was heating through the use of
Cuba. Less than 100 miles off the coast of Florida, this small island began its
self-determined journey under a Scorpio Evening Star, a twin harmonizing star
to our own.  This Venus Star began with a
passionate commitment to different sets of values (capitalism and communism)
that almost brought down the end of this planet in October, 1962.  The Cuban Missile Crisis was averted by a series
of secret conversations between President Kennedy and Khrushchev (hello,
Scorpio and its legendary propensity to create and keep secrets).  Her lyrics can be used a balancing act that
we will not have to get to total annihilation either through Syria, Middle East
or the bigger sleeper climate change.

A wish I have from our President is that is begins to use
the courage granted to him through a Leo Sun and Aries Morning Star to speak as
radically as Dr. King did 50 years ago, relatively speaking.  It is like we need to adjust his words for
inflation (as in the minimal wage is approximately 85 cents lower than it was
50 years ago once inflation adjusted).  Sure
we?ve been pulled farther right since the 80?s, Lee Atwater and the resurgence
of the ?southern strategy?, but we need not only President Obama?s fire but our
philosophical fuel to feed it. I ask this Aries Evening Star bring a sobering
quality to our ideals regarding war, economic and social injustices, just to
name a few maladies of our time.

Aries has a natural challenge (known as the square in
astro-talk) to Cancer (our nation has a Sun in Cancer born July 4, 1776, and
our VSP is Scorpio Morning Star).  Mr.
Obama?s has a karmic (intense) responsibility to give us nurturance as our
leader, and as an Aries VSP.  Dr. King?s
VSP shared space with our Sun, Venus (love) and Jupiter (ethics) in
Cancer.  He gave his life for our nation,
so that we could evolve.  Let not his
sacrifice be in vain.  When I use his
Cancer Evening Star and combine it to his Chinese Earth Dragon in the cosmic
ideals, his Venus Verse (my phrase) is #37, The Family.  Many translations of Verse #37 state that you
must cultivate the ?perseverance of the woman?.
As I?ve stated Cancer Evening Star is double yin (feminine), that?s a
lot of cultivating and non-violence.  Any
oppressed person will tell you, it is a mixture of submission and timing to get
the conversation started, not to mention some real equality.  The Family as Dr. King’s Venus Verse
underscores his understanding of what it would take to get us to come together
as a nation.  Even today, many ?Christian
conservative? won?t accept Marriage Equality rights until they know someone
personally, often in their own families.
Not as easy more than 50 years ago when interracial marriage was
illegal, huh?

Today, more than 30% of our world?s population has either a
Scorpio or Aries VSP.  We are fortunate
in this nation to have a President with one in Aries.  Through his scintillating fire of his
speeches, inspiration from Dr. King and the mysterious alchemy found in
Scorpio?s deepest reservoirs, maybe, just maybe, America?s banking account will
not continue to have ?insufficient funds? for her disenfranchised, black,
brown, red, yellow, poor,  women and
LGBTQ folk.

I dream on?but, I check my ATM balance, regularly. 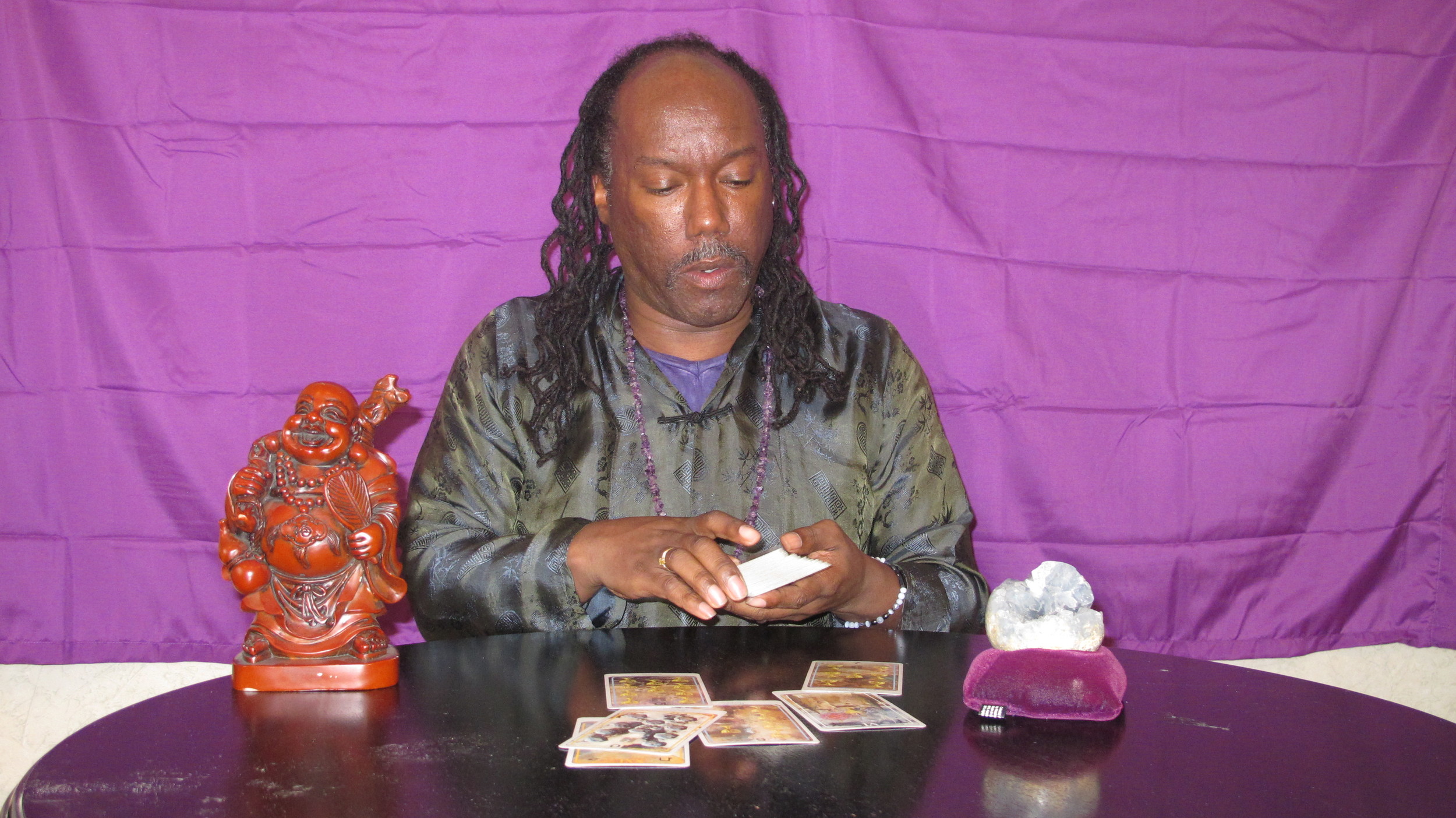