Just as the Venus Star Point tm (VSP) is a new cosmology for the 21st century, so is the Venus Verse.  For more than a decade, I had been trying to connect the Western and Chinese Astrology in a working system to little avail.  It was not until I went to Arielle’s workshop in Kansas City, Missouri in March, 2012, that it became clear how the verses could be arranged.  Sure, I knew a Gemini Earth Monkey (born in 1968) when I saw one.  And, the Chinese system of animals is so accessible.  It connects to the trek that big ol’ gas bag Jupiter has around the Sun, 12 years.  In less astrological-ese, if you know someone who is the same Chinese Lunar Animal ala ‘we are both born the year of the tiger’, that means you have to be at least the same year or a multiple of 12 years apart.  For this multiple disciplined spiritualist, this was a third dimension dream come true.   Do you know how great it was to classify the peoples in language that they could understand?  So much so, that one of my colleagues’ partner used to say, ‘you need subtitles to understand their conversation’ (he’s a Gemini Earth Monkey).

It became evident in Ms. Guttman’s discussion of Venus as Morning or Evening Star that I was on to something.  Or more appropriately put, the I Ching was onto something within me.  I remember mentioning how the lower three lines of an I Ching verse was called ‘human affairs’ and the upper three lines ‘cosmic ideals’ seemed so much like Venus as Morning and Evening Star, respectively.  Usually with a deadpan affect, Arielle, say, ‘oh, you caught that’.  I knew I was onto something.  Or, again, something was on to me.  It has been years of my playing around with the Libra Earth Monkey symbolism or any combination of these systems that I could not decide which would bottom.  Does the Gemini and its connection to the trigram or Monkey?  It would not be until the third week of March of 2012 that I would get my answer.  Or again, more appropriately put, the answer would be revealed.  ‘When the student is ready, the teacher appears’, that goes for inner teachers (and knowledge) too!  After years of discussion and misplaced conversations with folk would could care less (or if they were suspicious knew I was studying them more than relating to them), it became crystal clear:  Venus rules!

This third brightest object in our earthly skies rules the roost, for sure.  She can makes us weak with beauty and knowledge.  If she is in her Pandemos or ‘earthy’ and ‘morning’ phase, she is deeply involved in human affairs.  After all, she is physically closer to our planet.  Logic dictates that her magnetism would be stronger.  Hello, the Moon and her ability to control the ebb and flow of the tides.  When She’s on the other side of the Sun, She is in her Evening Star phase, also known as (aka), Urania.  The upper three lines in an I Ching verse is sometimes referred to ‘cosmic ideals’.

Each line of the six lines in the I Ching has its own meaning.  The lower three lines of ‘Human Affairs’ can be split up into line 1 (instincts), line 2 (self-interest) and line 3 (individual endeavors).  Cosmic Ideals inspires us through social consciousness, authority and wisdom, through lines 4, 5, and 6, respectively.

The Morning Star face of Venus can be likened to that iconic scene in ‘When Harry Met Sally when Meg Ryan faked an orgasm in a restaurant.  And, the Evening Star ‘Urania’ face of Venus would be the woman who said when she was done, ‘I want what she’s having’.  Pandemos knows what she wants; Urania may wait until it socially acceptable before she’ll admit that she wants it.  The Morning Star Venus can desire outside what society finds acceptable.  She’ll fake an orgasm even if means she wants to go to sleep or if the lovemaking wasn’t her idea or it was unfulfilling to her.  An Evening Star Venus would more likely fake an orgasm to please or not to undermine the confidence of her partner.  An orgasm is still not happening, but the motivation as to why they are not occurring is different.

While the Evening Star, Urania Venus shows the more accommodating side of this Goddess.  Her unique movie line was delivered by Renee Zellweger in Jerry Maguire, after a period of separation, Tom Cruise finally realizes her loves and her son.  After giving an impassioned speech with no physical response from Ms. Zellweger’s character, he is flummoxed.  She succinctly says, ‘you had me at hello’.  Please note this movie also introduced to westerners the concept of ‘the Quan’.  Yes, it may seem self serving, however, in my defense, I had not known that ‘quan’ meant what the movie purported it to mean.  It did help business for a period of time (hey, I have an earthy Pandemos Venus, resist the temptation to judge, please).

Whether yours is Morning or Evening Star, it is still Venus.  You must as The Emotions sung in 1977,  ‘you’ve got the best of my love/love has kissed me in beautiful way’.  Emotions, as in water, the female group that completed the four elements of their masculine contemporaries, Earth, Wind (Air) & Fire.  These men knew exactly whom they were propitiating.  And, the Venus Verse will aid you in confidently knowing what you’re doing.

Evening Star songs “Will You Still Love Me Tomorrow?”

Morning Star songs “Got To Be Real”

So, a bottom line is that whether your Venus rising before the Sun at sunrise announcing the day to go off to war (according to the Mayans) or you have a chilled Venus at sunset exploring the moral questions of your day, it is nonetheless Venus.  She desires harmony, but it would be a mistake to think She is not willing to fight for it, if need be.   Modern day political assault on the rights of women, LGBTQ people would be a Morning Star Venus gone awry, all maiden like not thinking about the consequences of her actions.   Whether young girls should twerk or young men pull up their sagging pants would enter into purview of Evening Star Venus.

It matters because many times you are at a crossroads of many decisions, having entirely too much information, but not enough wisdom.  Your Venus Verse (which for years I called Your Personal Verse, didn’t get much traction) gives you a philosophical fulcrum point (no pun intended) in which to meditate upon.  As a spiritualist (and Scorpio Morning Star), I am not here to make your decisions, I am here to help you release the obstacles that keep your ego in control as it suppresses your soul.

Two Faces of Venus and how it leads to your Venus Verses.  Through simply switching the trigrams (from Evening to Morning or vice versa), you hve second verse upon which to deliberate as if you were living through the phase (face) of Venus.  It’s your own personal connection to your innate philosophical duality.

It works a little sumpthin’ sumpthin’ like this…as a Scorpio Morning Star (Water Tiger Year), my Venus Verse is Grace #22.  But, what if I’m feeling more reflective, more poetic and willing to bend towards the collective than a Morning Star usually does (I’m in a Evening Star Mood, and I could make a cogent argument that any time you consult any divinatory tool like the I Ching, Tarot, you have just entered into Urania/Evening Star territory).  Morning Star Venus usually display the more impulsive side of the Goddess of Love; Evening Star demonstrate the more reflective qualities.  They both have a qualitative tone each on its own.  Both are valid ways to shore up your relationship to this planet of love, and the Venus Star Point, for sure.

Switching the Verse to Evening Star gives me the reflective verse #56 (Li/fire over Ken/Mountain), which is called The Wanderer.  And, allow me to let you in on a secret, I do feel like I am wandering or traveling through this earthly plane.  In this Urania aspect, my relationship to her, I reflect on how much I feel ‘alien’ to the Planet Earth.  I enjoy the Grace of my Morning Star Venus in Scorpio.  I like to think of these two verses as I have the Grace of the Traveler.  Want to know more about your Venus Verse(s)?  You’ve come to right place! 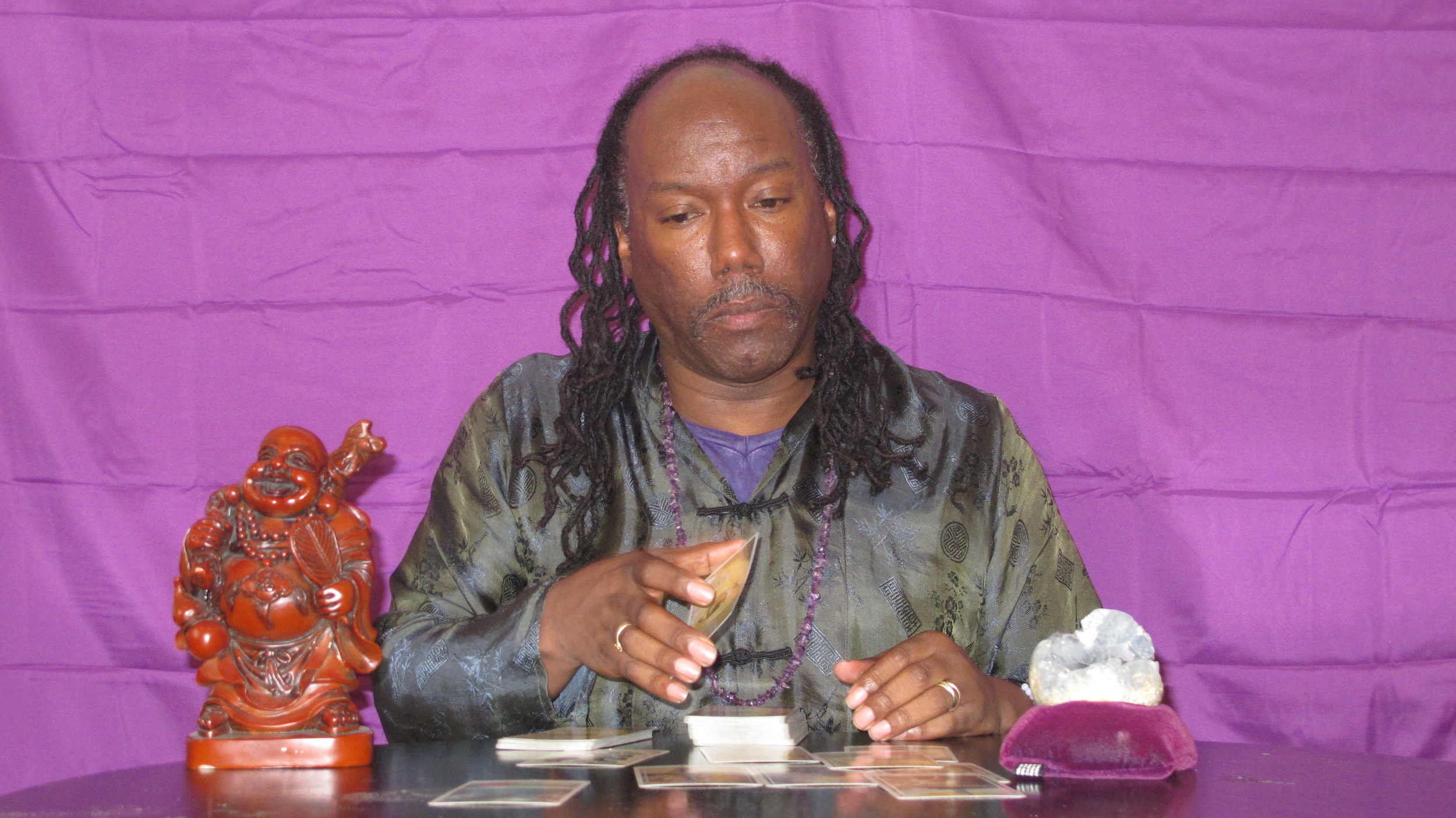 How do you really want to be loved? What if you weren’t too proud to beg  (ala The Temptations and TLC)?  What if the heterosexual model of relationships adopted a more fluid model of loving?  (After all, the Kinsey model of sexuality findings were released circa middle 20th century.) Can you ‘be on your own’ (ala Patti LaBelle & Michael McDonald?)   Or do you consistently shop for your next lover/partner?  What if polyamory was a conscious choice between peers?  Knowing whether your Venus calls the shots as the Morning Star or incarnates as a peace ambassador Evening Star can make the difference in having faith and trust in your answers to these questions, or not.  Hello, Sade…(Scorpio Evening Star) inspiring me with her tune ‘War Of The Hearts’.   You’re in front of me to discuss your passionate loving possibilities in a safe and sacred environment with someone who has the priestly attributes of a Recovering Jehovah’s Witness and the understanding of attorney client privilege.   I’m your personal ‘of counsel’ and consigliere, for sure…